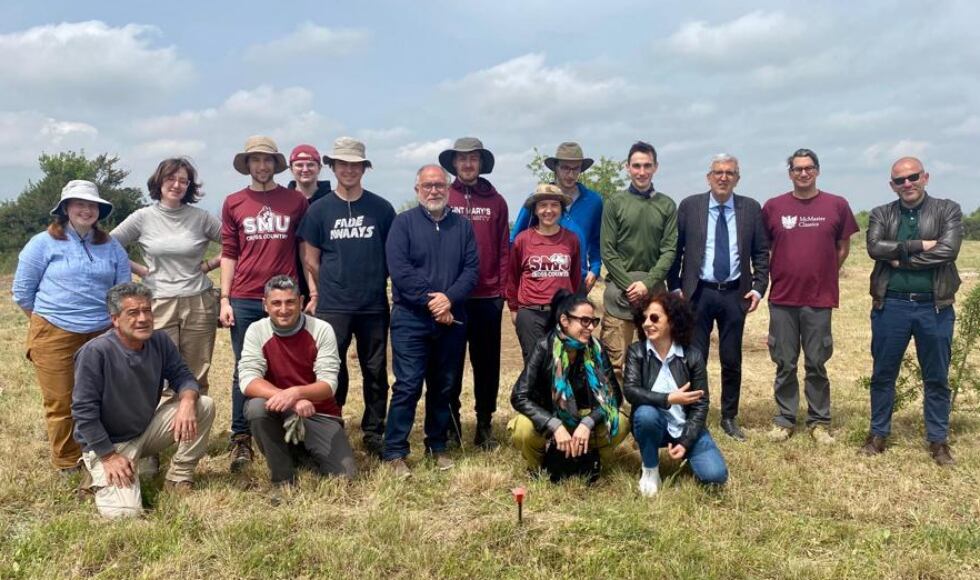 For the first time since 2019, field work has resumed at the Metaponto Archaeological Project in Basilicata, Italy.

Shut down for two seasons because of the COVID-19 pandemic, the project was able to resume in early May thanks to a concession for archaeological excavation from the Superintendancy of Archaeology, Fine Arts and Landscape in Basilicata.

“It is wonderful to return to the field after a two-year hiatus,” says Spencer Pope of McMaster’s Department of Classics in the Faculty of Humanities. “Fieldwork is the laboratory for archaeology, so being back on site is a return to research and to graduate instruction.”

Led by Pope and Sveva Savelli of the Department of Languages and Culture at St. Mary’s University, Halifax, the project aims to reconstruct ancient patterns of land use, tracing the interactions between the Indigenous populations of southern Italy and Greek settlers from the 8th to the 6th centuries BCE.

The project’s research is divided between archaeological investigations at an Indigenous site, Incoronata, and an archaeological field survey of the Greek city of Metaponto and its territory.

Incoronata, an extensive settlement, was first home to the Oenotrians, the Indigenous population of the area, later becoming an extraurban sanctuary of Metaponto. The site is particularly significant for a period of co-occupation by Greeks and Oenotrians, prior to the foundation of Metaponto circa 630 BCE.

This “mixed” settlement demonstrates both the mercantile nature of early Greek presence on the Ionian coast and the willing reception of Greek gods and culture on the part of the Oenotrians. Surface survey of the territory surrounding Metaponto and Incoronata has yielded archaeological evidence of long-term occupation of the fields, river valleys and plateaus surrounding the population centres.

Along with exploring the archaeology of the region, the project has created cultural contacts with local government and cultural organizations, recently hosting the mayor of Pisticci, Domenica Albano, in whose territory the excavation is located.

“The COVID pandemic has made me appreciate even more the mobility, collaboration, and cultural exchange inherent in Mediterranean archaeology,” Pope says. “The entire team has renewed gratitude for all of the elements necessary to work in a foreign country.” 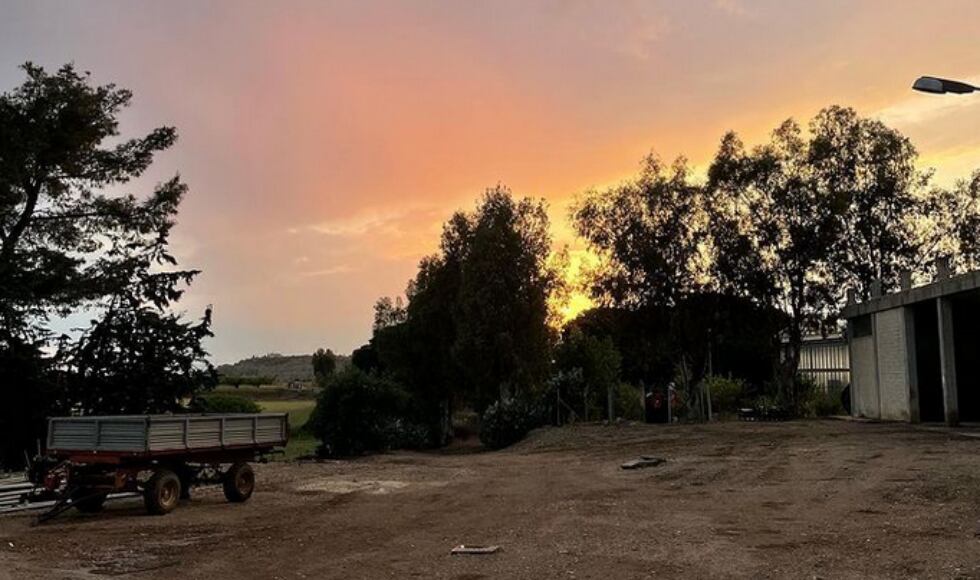 The project includes students St. Mary’s University and McMaster, who are getting valuable field experience after two years of Zoom classes and remote learning.

“Students have suffered across the last two years, and I hope that the experience on site makes up for all of the remote lessons, at least in part,” says Pope. “While we all pioneered new ways of learning during the pandemic, their reactions to holding pottery sherds, trowelling out archaeological features and exploring the countryside shows the value of experiential learning.”

Four graduate students from McMaster’s Department of Classics, each of whom has a thesis topic related to the project, are also working on the project.

Christine Davidson, a doctoral candidate, is exploring connectivity in the territory around Metaponto, and has reconstructed pathways through the agricultural terrain surrounding the city, demonstrating that roads were not built on a hub and spoke system leading to the city centre, but were spread out to create distinct precinct.

Doctoral candidate Adrian Proestos is conducting a network analysis to determine connectivity among Iron Age sites in what is now modern-day Basilicata, revealing long-distance networks of exchange and reconstructing how settlement patterns have changed over time in southern Italy.

Eric del Fabbro,a doctoral candidate, is studying black glaze pottery from the territory of Metaponto, and helping to reconstruct the expansion of the city’s territory and lifeways outside the city centre.

Finally, master’s student Seraphina Vasilodimitrakis-Hart is examining the water management infrastructure in Metaponto and examining the city’s system for irrigation and drainage of its ploughlands.

“Graduate students in the Department of Classics have demonstrated flexibility in their research as planned fieldwork got cancelled, but a return to research has meant a return to studying this ancient territory, studying ancient finds, and increasing our knowledge of the world through excavation,” explains Pope. “This can’t be done in the traditional classroom, and their scholarship will demonstrate the difference.”